Turning learning to swim into a therapy.

Kacper’s story illustrates how you can go from not liking the water at all to swimming four times a week!

Kacper first started swimming aged three back in Poland. He didn’t like it at all, but his parents persevered. His sister had been a professional swimmer so they were keen that he should learn. Fast forward a few years and they tried again with lessons, this time in London. Kacper had a lot of fun but just wasn’t progressing.

While Kacper was outwardly confident around the water, he was still unable to swim. This became quite dangerous as he wasn’t scared to jump into deep water. Kacper struggled with listening to the teacher, he has autism, and always wanted to be the first to finish so quite often would cheat and not complete the skills correctly.

Things changed for the better when Kacper’s family moved again, and this time met Lorna. Initially doing private lessons, Lorna and Kacper quickly built up a good relationship. Within no time Kacper was progressing well and was keen to come more often. He joined one of Lorna’s group lessons and then quickly added a second group lesson as one lesson wasn’t enough for him. Today, Kacper swims before school at least three times a week.

We asked Kacper about his experience of lessons and learning to swim. Here’s what he said:

What do you love about your swimming lessons?
I like the big floats at the end of the lesson.

What is your favourite activity you do in lessons?
Jumping in the water. My favourite strokes are butterfly and front crawl.

Have you been swimming anywhere else outside of your lessons?
Yes, I do a lot of swimming. I swim before school in the mornings (6:30 am) three to four times a week, in the afternoons twice a week and on Saturdays. Swimming is refreshing and relaxing. It gives me a lot of energy, it's a perfect start to the day. Sometimes I go to Family Fun and Inflatables Sessions. When we're on holiday I mostly spend time in the hotel pool.

Are there any other water-based activities you would like to try?
I tried kayaking and I kind of like it. I haven't thought about the other activities yet. 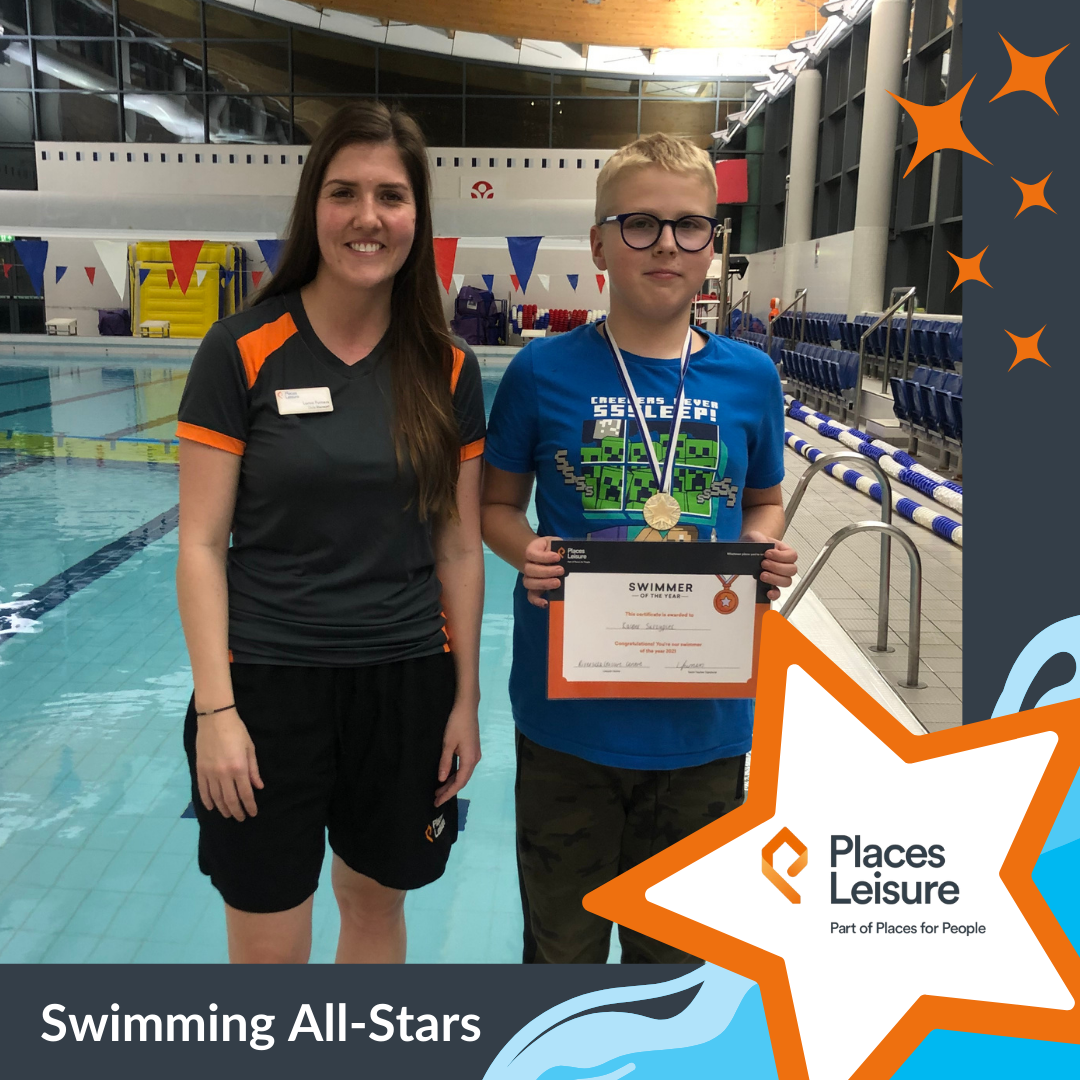 Your swimming teacher, Lorna, is really pleased with the progress you’ve made. What thing are you most proud of achieving in swimming so far?
Jumping from Stage 2 to Stage 8 in a year. I'm proud of being able to swim all four strokes.

Kacper was one of our Swimmers of the Year in 2021, he was nominated by Lorna because of just how far he had come in a short space of time. When asked what he thought, Kacper said “I felt very surprised and proud.” His mum added, “Kacper wasn't aware that Lorna nominated him. He was very happy when he found out he had won.”

Swimming has become much more than just lessons for Kacper. His mum says, “Swimming for Kacper is not just an activity he loves to do- it's also kind of like therapy. He’s met many people and became more open and even sings his favourite song to the staff.”

We look forward to supporting Kacper in his continuing swimming journey. If you can relate to Kacper’s story and are thinking about starting swimming lessons for your child but are maybe not sure how it will work, please get in touch and our friendly swim team will be happy to talk you through the options.