A mother recalls her son's close call in the water

We are persistent supporters of learning to swim.

The benefits reach far and wide – including the opportunity to reap the many physical benefits, improve self-esteem and provide time to destress.

It has even been linked to boosting productivity in the classroom. Chris Davison at Durham University expressed the importance of extra-curricular activities in “helping students to learn about themselves and develop and use their skills and knowledge in different contexts”.

But something we often oversee until we’re faced with a difficult situation is the importance of learning to swim for safety. One of our young swimmers had a close call during his time on holiday with family, and his mother wished to share the event to help to spread awareness of the danger that water can bring and why swimming lessons can be vital in preventing such situations from spiralling:

"We were visiting family in America and went to the beach for a day out. My son and his older siblings enjoyed splashing about in the waves for almost an hour.

Unexpectedly, the waves got much bigger, and suddenly my son was knocked over by one particularly big wave.

He was then pulled out in a rip current, unable to get back to shore and continually pummelled by more waves, struggling to stay afloat.

Thankfully his dad was keeping a close eye on him and his siblings, and immediately saw the danger he was in.

Even as a strong adult, he struggled to get through the waves out to where my son had been swept out to.

From the shore, we could see him working hard to stay afloat as waves continued to knock him under the water and the current kept pulling him out. 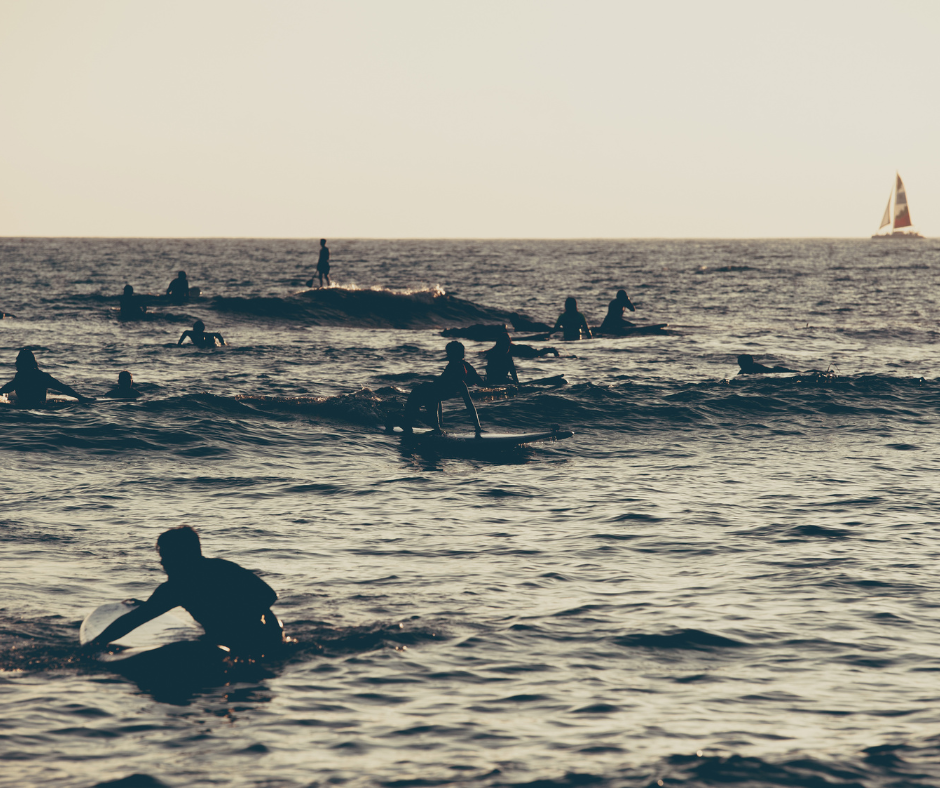 Eventually his dad managed to get to him and together they were able to fight their way back to shore. I can barely think about it. but

I truly believe that if my son had not done swim lessons the previous year, he would not have survived this experience.

His lessons strengthened his swimming ability and taught him to stay calm in the water. It wasn't always fun going to swim lessons - he was often reluctant to go to lessons on dark winter nights after a long day at school. But I'm so glad he did it and learned the skills to save his life.

I would encourage all parents to sign their kids up for swimming lessons so that their kids are equipped with the skills to enjoy and cope with any situation in the water.

Here's what my son had to say about how he put his lessons into practice: 'I remembered to just stay afloat, I changed from swimming on my front to backstroke, I took a breath as soon as I came up from under the water before being hit by a wave again'."

Whilst this experience might be hard for some to read, it reminds us how valuable and fragile life is and that anyone can be faced with situations like this at any point in their lives.

Enquire about swimming lessons below today.