A visit from Faye White

The former England Lioness captain, Faye White, unveiled a plaque at The Bridge Leisure Centre in Horsham as part of the ‘Where Greatness is Made’ campaign. Launched by England Football and Nationwide Building Society, the campaign celebrates and honours the careers of past female England captains and all that they have achieved both on and off the pitch.

Faye chose to commemorate her hometown leisure centre and subsequent initiation into football as the location in which she trained for and played her first football matches. Holder of an MBE and part of the English Hall of Fame, Faye is an icon in sport and a role-model to all –particularly to girls both young and old looking to get started or progress in a career in football, or just participate for fun. As we strive to close the gender gap in physical activity and sport, this campaign plays a vital role in inspiring generations to come.

“I was really excited when Nationwide got in touch with me about my plaque, it was an honour to wear the captain’s armband for my country and respect was something I always aimed to instil amongst my teammates whenever I did. It’s amazing to be involved with a campaign like this that focuses on championing equality and respect. I hope the ‘Where Greatness Is Made’ campaign will emphasise that everyone starts somewhere and serve to nurture respect in our next generation of footballers.” 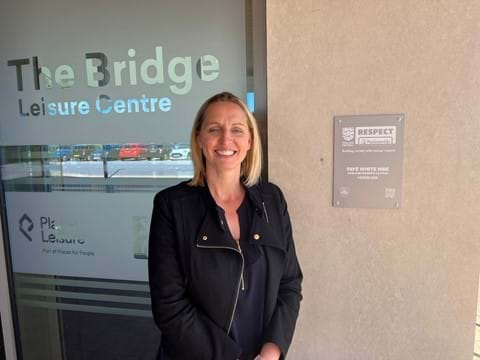 Read more about women in fitness including our This Girl Can and Big Sister initiatives in our latest article here.

If you want to find out what activities, classes, and sports we have on offer, click here to find your nearest centre.