After a challenging 2022 we wanted to round the year off with some good news stories. We asked all of our Swimming and Gymnastics Teachers to nominate those distinctive, very special swimmers who deserved a bit of recognition. 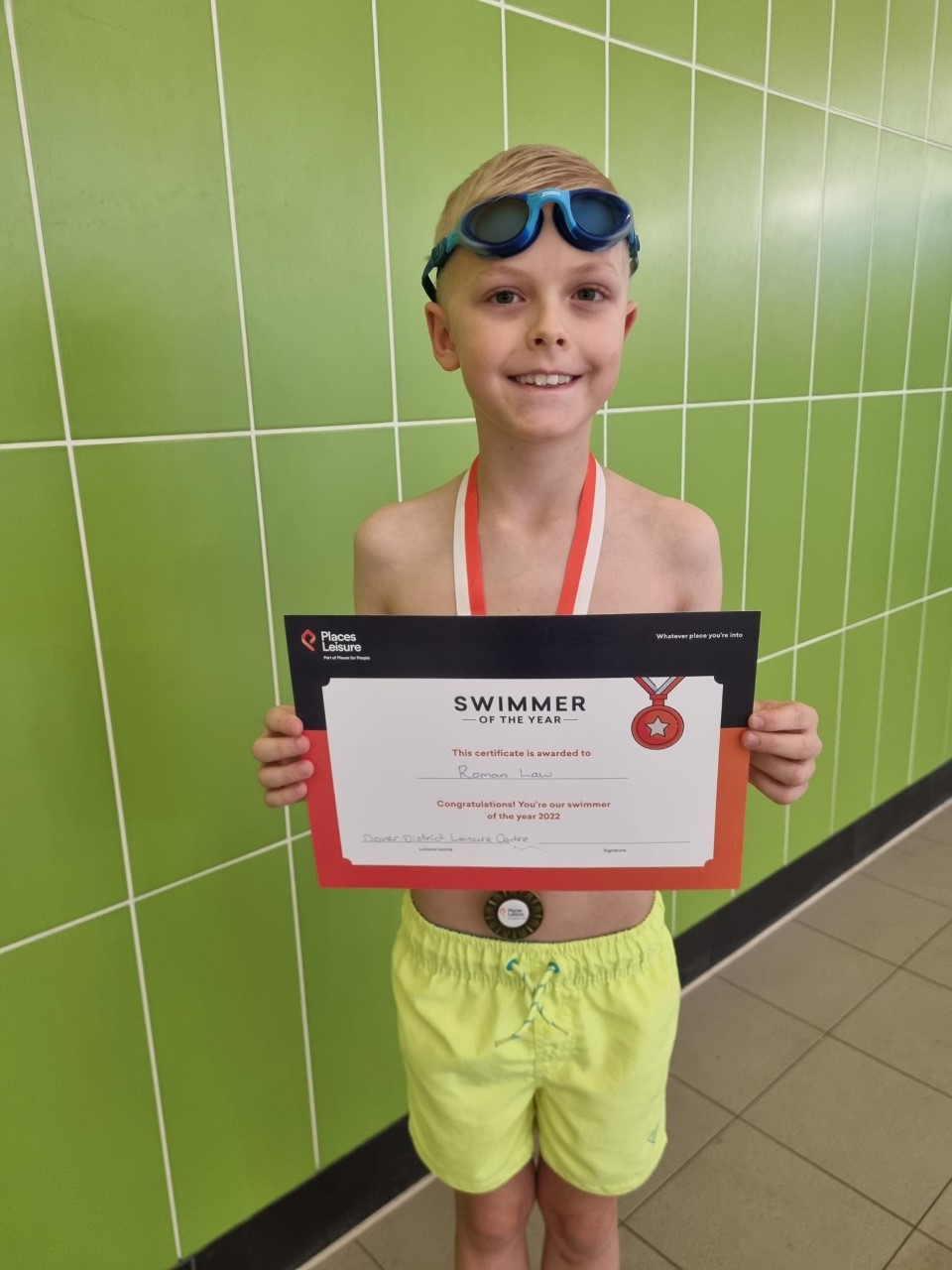 Roman has started swimming lessons here at Dover District Leisure Centre. He started at 9 years old, was not confident in the water and didn't like having his face splashed or putting his head under water.
He is now able to swim 5 metres on his back and has the confidence to put his face in the water without hesitation. He loves coming to his swimming lessons and is improving every week and is now almost in stage 3. His confidence has grown and grown and due to the teachers persistence and hard work, Roman has massively improved.
Well done!

Thomas had a trial to begin with after numerous emails from his parents regarding his disability and concerns of whether he would be able to take part. Thomas expressed a passion for trying gymnastics but it was uncertain if he'd be able to do it.
He took part in the trial and got on really well, he had to have rest breaks but kept up with all the other children in the class. His parents were not sure whether he would be able to take it up long term so did not pursue it.
I taught a gymnastics session for the Demelza House group that attend once a month and Thomas was attending. He was one of the few that expressed an interest in taking part and he showed some great skills. After having a lengthy conversation with his parents, I persuaded them to give him another chance. He has been doing it since and is one of our top attenders. He has shown a great deal of improvement and has not let his disability affect his confidence and determination to learn the sport. Recently his confidence has improved greatly as his hole in his throat has closed which has given him more determination to learn more and to continue attaining his awards.
Thomas has now been awarded the overall Places Leisure gymnast of the year- what an incredible achievement! 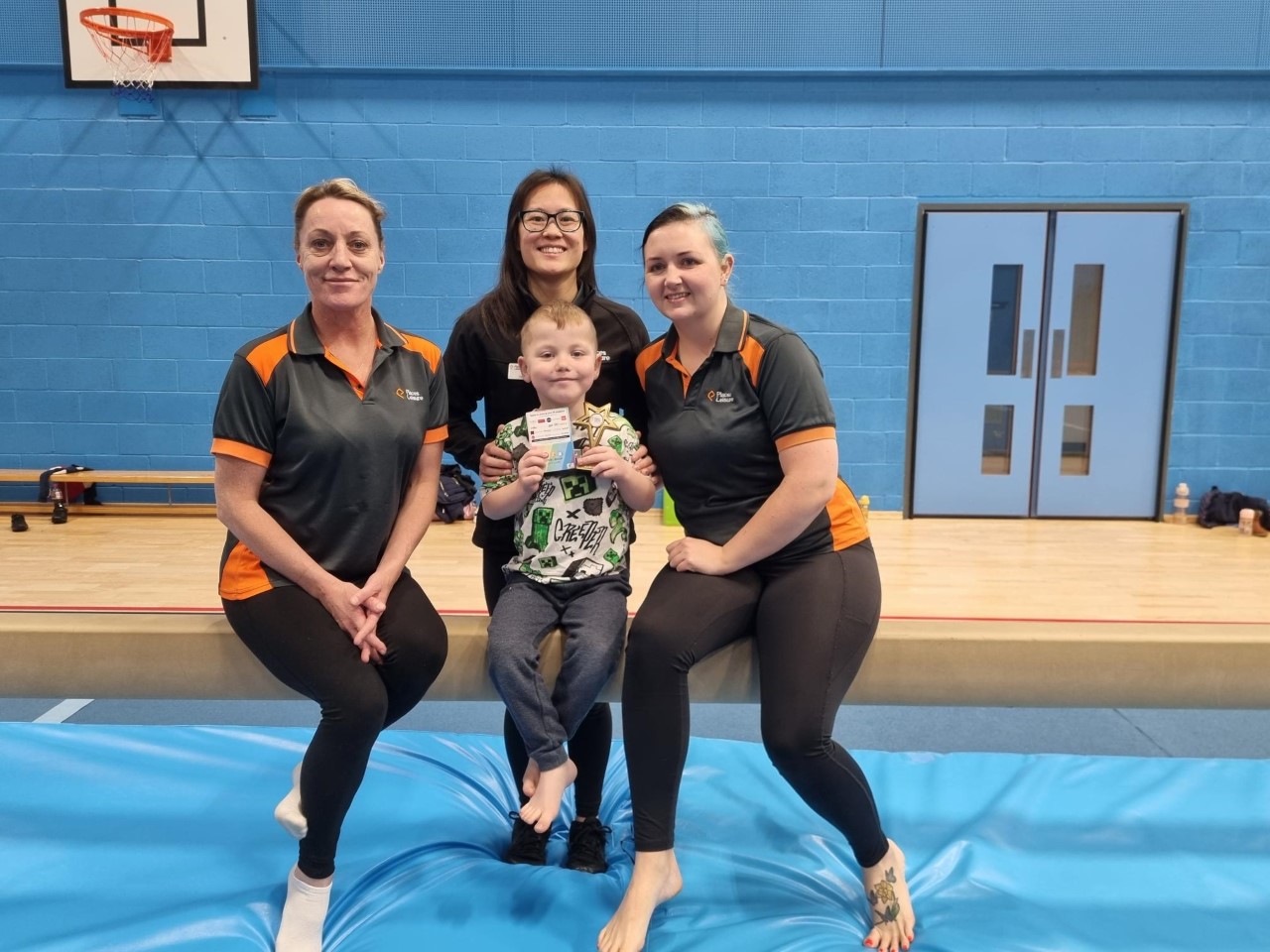