Middleton Pool's swimmer of the year 2021

After a challenging 2021 we wanted to round the year off with some good news stories.  We asked all of our Swimming Teachers to nominate those distinctive, very special swimmers who deserved a bit of recognition.

Nominated by his teacher Alison 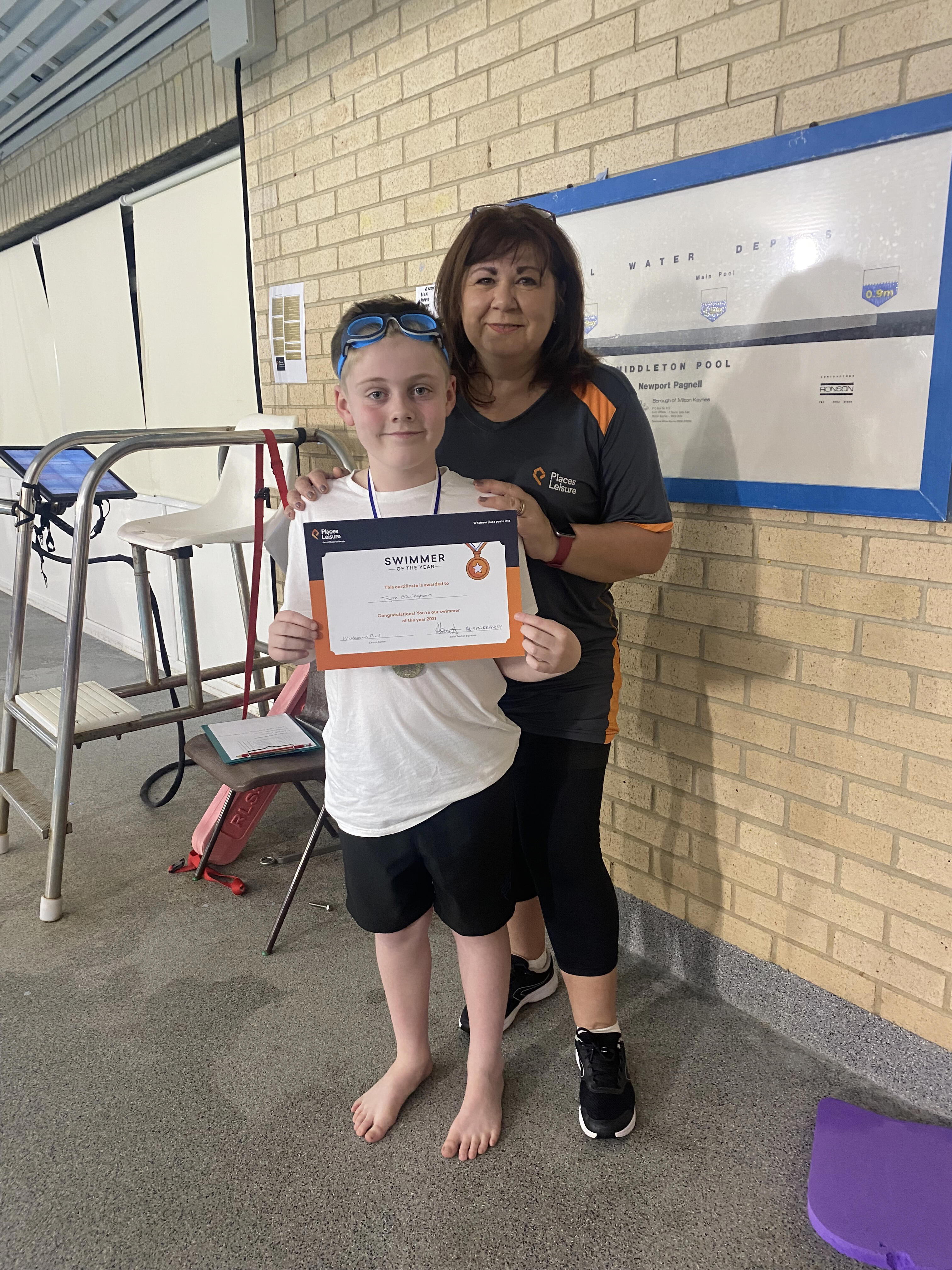 'Teyte joined my Stage 4 class in 2019. I could see he was very nervous about being in the deeper water so I asked him to swim by the width rope. He stayed by the rope for weeks. I could see that he was not happy attending his lessons but week after week he turned up. I always gave him the option of swimming his favourite stroke when warming up as I wanted him to enjoy himself, gain trust in and believe in himself. In time I saw smiles. Teyte then joined my stage 5 class and went back to the same fear he showed when he joined my stage 4. Again weeks and weeks of pulling himself along the width rope and being scared of the deep water, but he never got out and gave up. I could see swollen wet eyes before each class. I did the same thing, just asked him to swim his favourite stroke until he gained confidence again.

Over time Teyte passed his stage 5 and I felt that would be the end of his swimming. I was over the moon to see him on my stage 6 register. He placed himself by the rope and swam well. He conquered his inner fear. Teyte is now swimming lengths in my Stage 7.

I still see the odd panic and fear in his eyes but know how to deal with him. He is swimming extremely well and I am so proud of him. This award would me so much to him and would show him that there are things in life you can achieve if you really want to. It must have came from within him as mum and dad were never pushy. It was him that pushed himself. Well done Teyte!'