Monday 12th August 2019 was a day I will never forget. I remember it like it was yesterday. I remember visiting Graham at the Princess Alice Hospice, as I had the days before.

However, when I left the hospice this time, I struggled to say goodbye as I just couldn't bring myself to say the words. With a little help from my wife, explaining to her dad that I would be back tomorrow to see him and that I loved him, I left with tears in my eyes to return home to our son, Noah. Leaving my wife at the hospice where she would remain with her Mum, Brother, and Sister for the night. 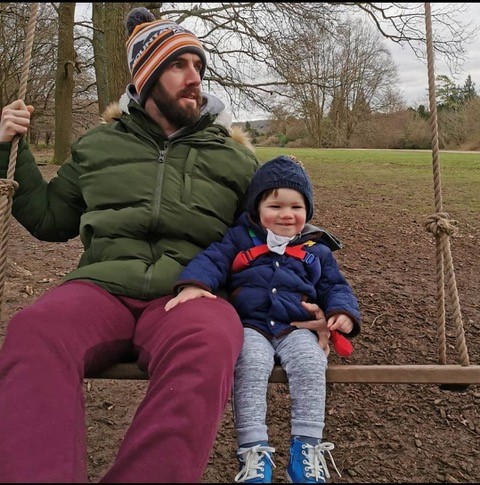 However later that evening, I locked up the house for the night and sat down ready to eat some dinner. It was at this point that someone was trying to unlock the front door that I had not long locked up, I jumped to my feet standing in the hallway as the door opened... It was my wife.

As she walked into the house she dropped to the floor and just cried, Graham Tucker, my wife’s dad, my father-in-law, had lost his battle with cancer, he had bravely fought this awful illness for well over a year. Not only did he surpass doctors’ expectations, but he did himself proud.

During Graham’s final weeks and days, the Princess Alice Hospice looked after him exceptionally, and they did the most amazing job. It is for this reason I am running the London Marathon, to try to repay them in some way for making an extremely hard time, just a little more bearable for not only Graham but also his family.