Why we love Back to Netball

We talked with our Back to Netball group to ask why they enjoy Netball at Wisewood Sports Centre.

Where did they hear about back to netball?

"The majority of the women who attend heard about back to netball through friends that already attended and said they would enjoy it and its good fun."

They saw the session on Facebook and then come down with her daughter and they both really enjoy the sessions."

Why do they come?

"They like playing in a team and like the team game, its good exercise and there is a good social side from the sport."

"Back to netball allows them to improve their skills and fitness which means they perform better in league games."

"Come for a mixture of the health, fitness and social side of the sessions."

"Really miss netball as they used to play it at school and she comes for the team spirit and it is right on her doorstep."

"They believe it is important for physical and mental health and they feel it improves their stamina and fitness."

"One woman mentioned they like the change of scenery, it’s fun to talk to new people and to stay fit. Used to play netball back at school and enjoyed it but had to stop playing due to an injury but really enjoy coming to the sessions and getting back into it."

How long have they been attending?

What else is there around Sheffield?

"Loads of netball sessions running around Sheffield and there are more leagues to get involved in."

"Started back to netball sessions at the EIS years ago and has now joined the sessions at Wisewood as it is close to where she lives."

What they have done since coming and playing

"Some of the women are part of netball teams and use the back to netball sessions to improve their fitness and skills for the games. Some of the women have created a team from these sessions and play in leagues. They mentioned they aren’t bothered about the outcome of the game and they believe it is more about the taking part and having fun as a team."

"he coach is lovely, friendly and approachable. They mentioned that she explains the rules and drills to everyone’s capability and gets everyone involved. Despite there knowledge of the game already compared to others that haven’t come before she makes sure everyone is included and no one is stood around waiting.

"There are no expectations because everyone comes for the same reason."

"Enjoy the fun side of the session."

"Its good value for money."

"The women who go are all friendly and easy to talk to."

"For the ones that were there first session they really enjoyed it and mentioned that they will be attending sessions in the future."

What have they achieved from coming?

"Coming to the sessions have given the women more confidence to play netball."

"They feel they have done something when the session has finished and they have earnt any rewards when they get home."

"Confidence in the sessions as well as the games they play in the leagues."

"Since starting one woman has stopped smoking and is now able to play a different position which requires her to run around the court more."

"They mentioned they feel fitter for coming and the sessions have helped with both mental and physical health."

"These back to netball sessions have helped a certain individual with her mental health and feels since coming and playing a team sport and socialising in groups she feels better."

"One woman said “I go running as well as the back to netball sessions, but you can run anywhere. You have to make time for these sessions.” 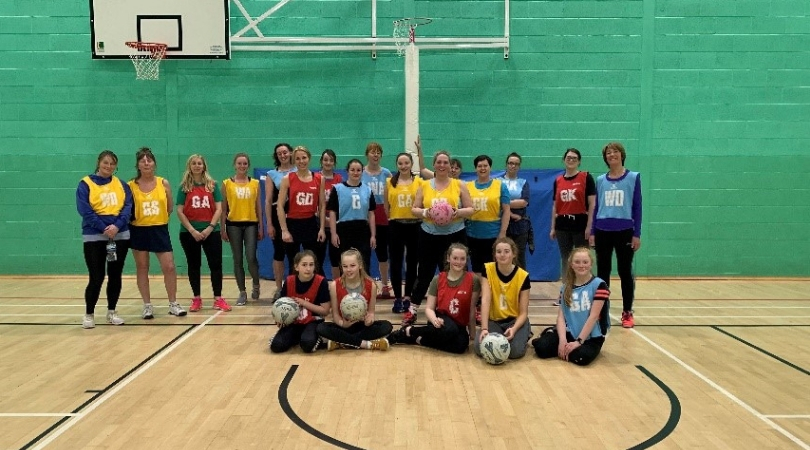