After a challenging 2022 we wanted to round the year off with some good news stories. We asked all of our Swimming Teachers to nominate those distinctive, very special swimmers who deserved a bit of recognition.

They were asked to identify swimmers on our lesson programmes who have displayed positive attitudes, unyielding determination or, have put in efforts over and above their peers.  They may have overcome personal adversity or achieved something unexpected or challenging. 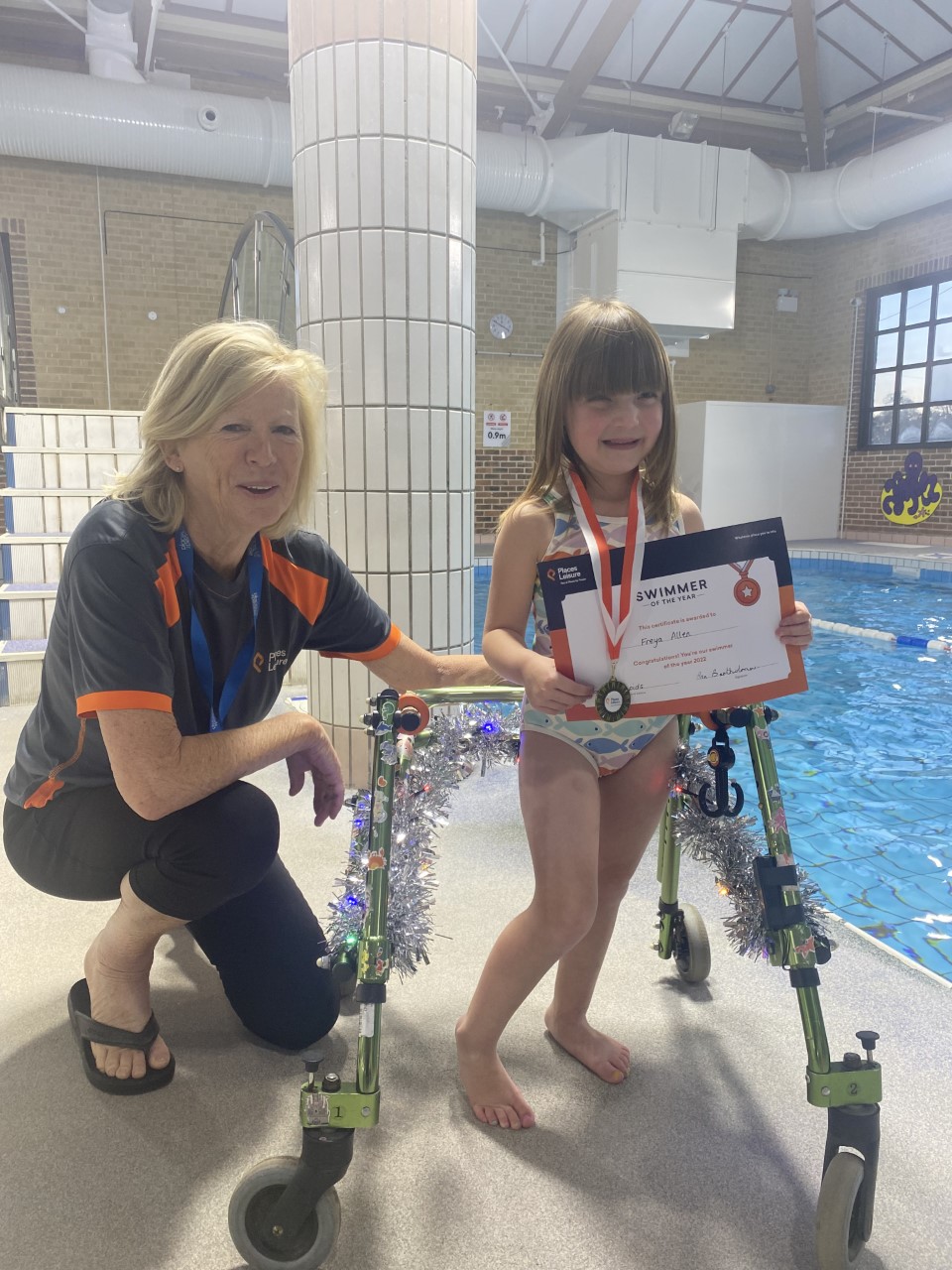 Despite being born with cerebral palsy and only being able to walk with the aid of a frame Freya hasn’t let this define who she is.
She started swimming lessons with me in pre-school where she was carried in with either parent, both apprehensive how she would cope. Well, let’s just say from her first experience she loved any moment joining in with the rest of the class.
When it came to jumping in I would hold her up so she could stand with the other children, throw her to her parent where she would whoop with laughter telling me she wasn’t ready saying again, again, again. She was three years old.
Now school age and in level 1, she will come onto poolside using her frame where she then has to crawl into the water to sit on the step alongside the other swimmers. After that she is a class member to same as anyone.
She doesn’t let her disability stop her doing what she wants and has progressed to being able to swim 5 metres front and back
Swimming is obviously so good for her and once in the water she is able to walk and join in with the class unaided so not singled out as being different.
She does occasionally fall in the water but now manages to get up on her own, still laughing. If anyone deserves an award it’s Freya. If you met her you would I am sure totally agree